Today, Tuesday May 23rd, 2017, we had the opportunity to experience 2 distinct places in Prague.  We visited Střední odborná škola stavební a zahradnická:High School for Building Industry and Horticulture (Jarov for short) as well as the Museum of Communism located very close to Wenceslas Square here in Prague. 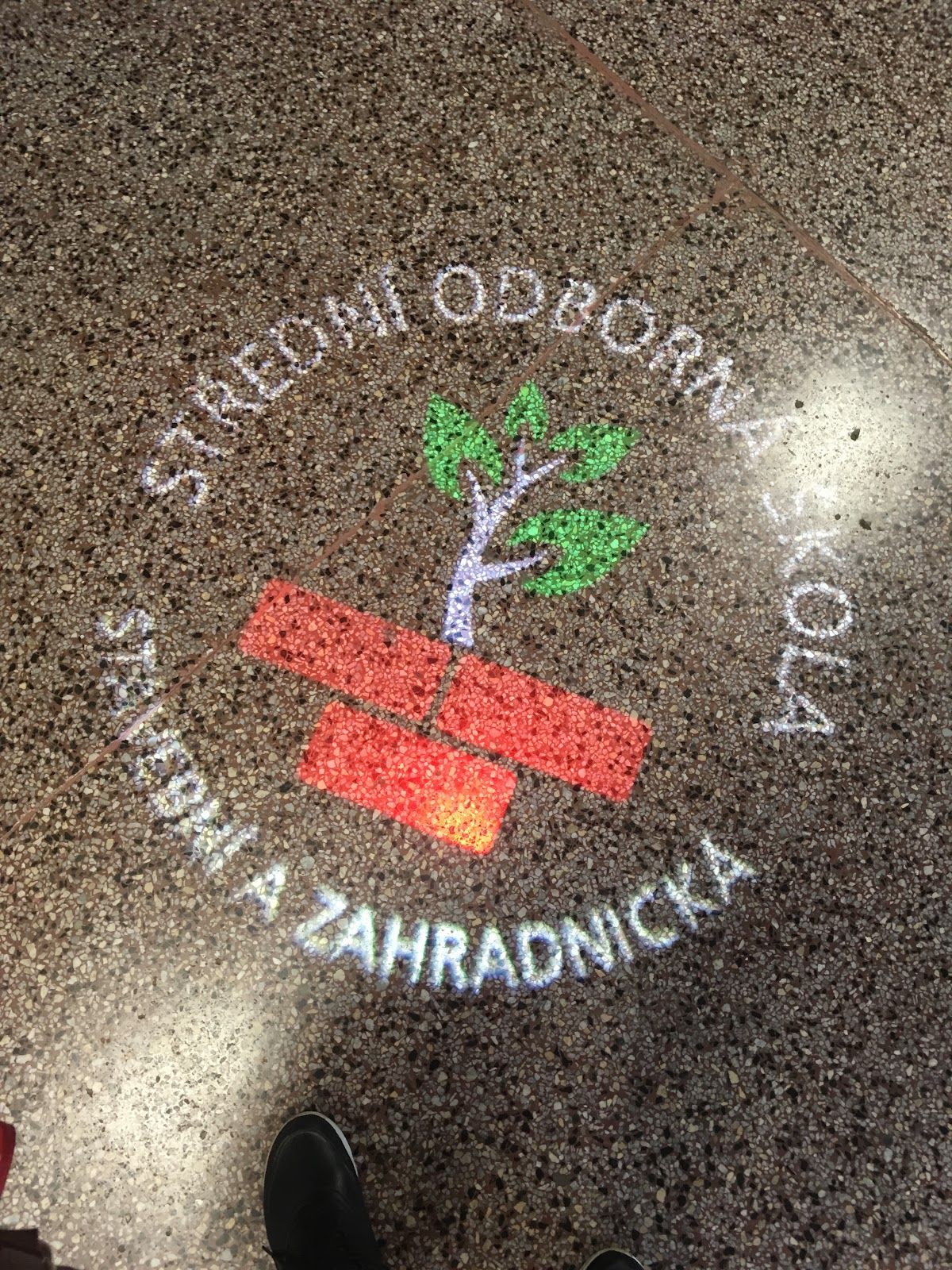 Our first destination was the vocational high school Jarov. A unique high school, Jarov was established in 1973 and the biggest school for the working class. With an average of 1,300 students, Jarov takes pride in teaching the skills necessary for constructing, industry, building, and gardening. Programs include 4 year study programs (state graduation exam), 3 year study programs for students of elementary schools finished with a state Certificate of Apprenticeship, apprentice branches with specific educational programs, and follow- up studies that include night classes or full- time classes. Students have the opportunity to choose a field to specialize in. Options include: painting, flooring,carpentry, roofing, gardening – florist´s and horticulture,  bricklaying – building services. Students range from 15-19 years old, starting at 15 years old and begin school September 1st every year. There is a special opening ceremony for the new students located in the biggest room of the school.The large auditorium holds the opening ceremony for the new students, fashion shows, balls and dances, and new projects. The school day starts at 7:45am and depending on the program and day may end at 2:00pm or 4:00pm.

One of the common features we have found that Czech Schools have in common with Finnish Schools is that education is free. All is paid for in the Jarov school except for special practice workbooks and some materials for classes. The Jarov school is specifically funded by the state. One unique aspect of the Jarov school is its 2 week internships for it’s students. Depending on their specific chosen field of study, there are internships in other countries such as Spain, Germany, or England.The majority of the students were working or lower middle class, who would not necessarily have the opportunity to visit other countries, and this school gives them a greater chance through a cheaper price, as well as giving them work experience. Students have the opportunity to get real practice in their craft by participating in training sessions, lessons, and hands-on creation. We learned that students who learned horticulture were able to work in a floristry in Amsterdam and train in making arrangements for lessons and real clients. The Jarov school even has a flower and plant shop right next to it’s entrance where people can purchase these plants.Other students took a trip to Spain and were there to work on construction of houses and other buildings.

Within the school, they include many requirements and programs to help each student to prepare for their individualized future. Because English has become a universal language, all students are required to learn it at Jarov. They also have the option to learn German (depending on field) and continue throughout all their school years. Before attending the school, the student chooses their specialized program-often chosen or influenced by their parents- to follow throughout the university. Students can also sometimes earn money through the services and products that they create through their work, such as through the flower shop or wood work.This opportunity emphasizes the connections between education and the larger economy. We were surprised that this vocational school does offer support for students with special needs by giving them an assistant teacher if needed. Unfortunately, their "library" was very small and included only a few study desks and computers. Also, our guide did not try to hide the fact that the programs are very gender specific, such as with gardening being predominantly girls and the wood shop for boys.

We had the chance to visit their botanical garden which is only 10 minutes away by bus stop and a quick walk. Their botanical garden was beautiful and our guide explained that the school rented it from the city for the 40 years and must keep one quarter of the area open to the public at all times. Students who study gardening are examined and must learn and be able to identify around 300 plant names in Latin.

Overall, the Jarov school was an engaging experience and gave us a great perspective on the vocational schools in Prague. Furman is  actually the first university from the United States to visit this institution. There are several visitors from London, Germany, and within the European countries, but we were the first from overseas.

For information on the school, here is the link for the website www.skolajarov.cz

After having a hearty and filling lunch of potatoes, soup, lettuce, and fish at the school dining hall, we said our goodbyes and took pictures in front of the Jarov school. The Tram 11 we were taking had to suddenly stop and we had to get off. After waiting in the hot sun for a few minutes, we got on the Tram 9 and continued on. We took the tram to the Wenceslas Square and convinced Dr. Svec to let us get gelato or candy right by the Museum of Communism. 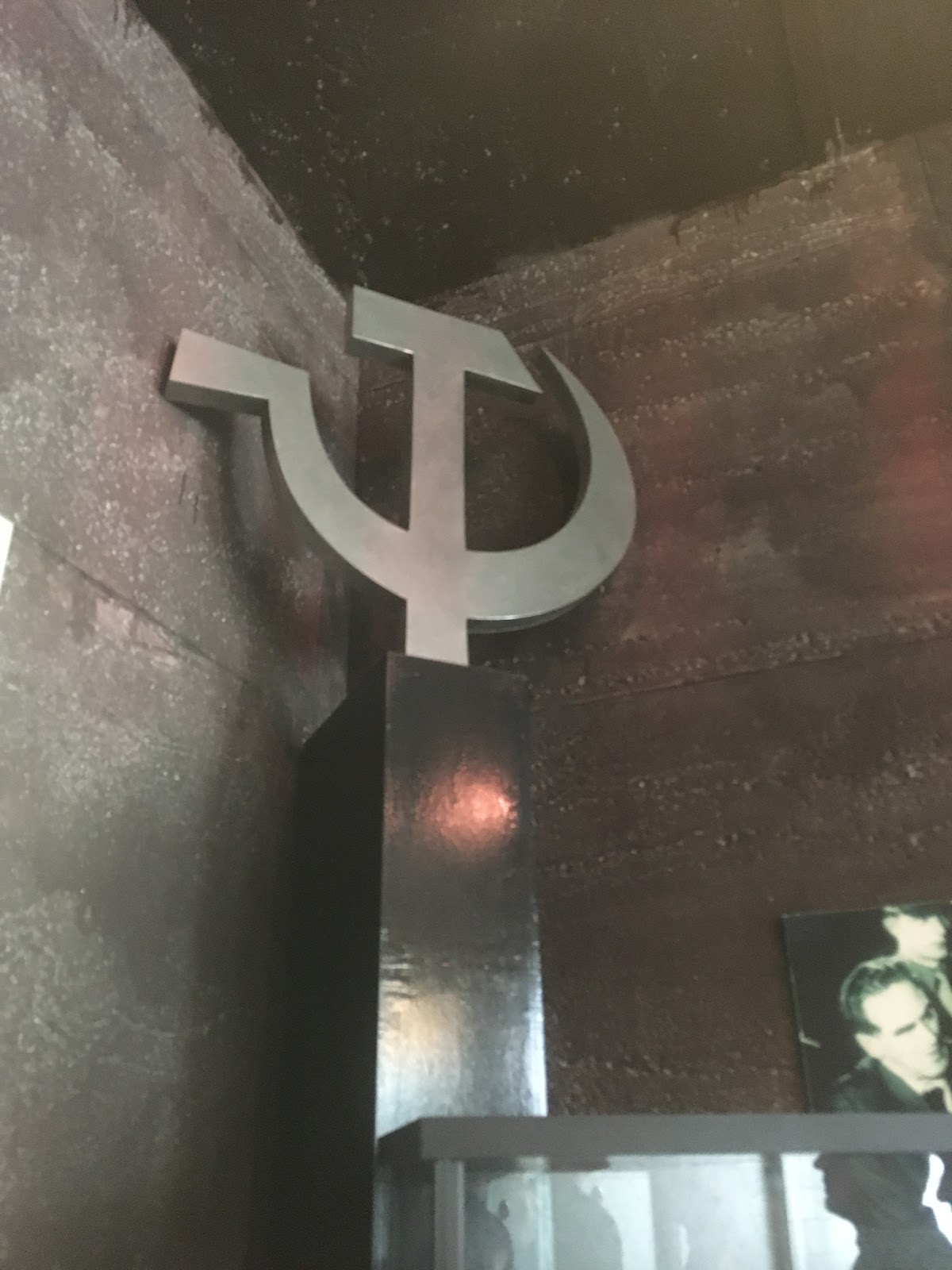 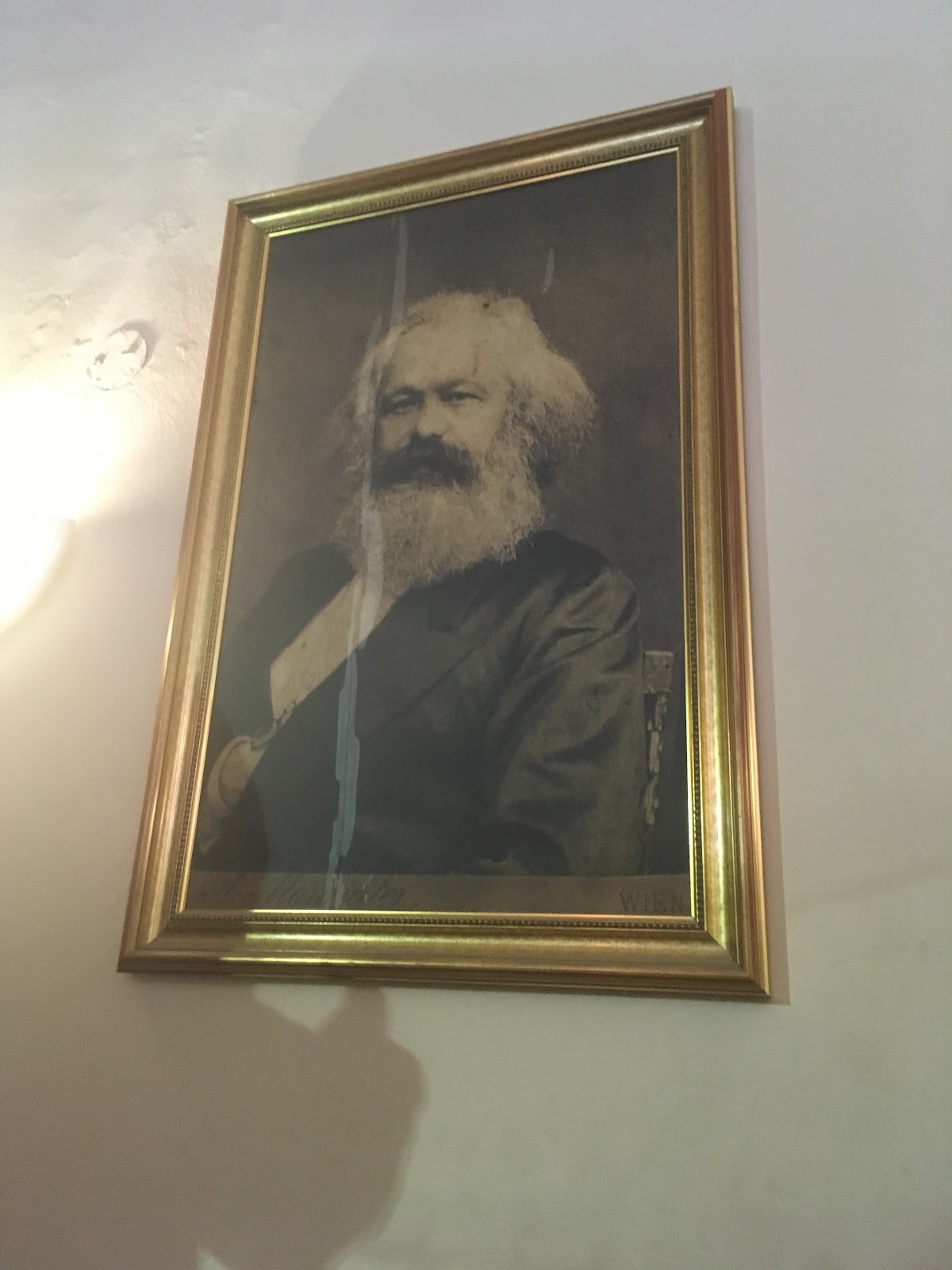 The Museum of Communism is located in a small area within Wenceslas Square. Small and integrated within the city structure, the museum was filled with an extensive history of the major impact the Communist regime had in Czech Republic and Czechoslovakia in general. The Museum takes you on a journey through the labyrinth of rooms and corners starting with the origins of the communist theory introduced by Karl Marx, the dream of communism, the reality, and how propaganda played a vital role in  creating further conflict between the working classes, authority figures, and even other countries (United States perception). Eventually, one travels the corridors looking at various uniforms of the secret police and even the “nightmare” of the interrogation room (in order to avoid torture, family members would turn each other into the authorities.) The museum had a cinema room where one could watch documentaries of the the regime, interviews with ex-political prisoners, and propaganda films.  Eventually, the museum leads to the “cult of personality” section where we look at costumes of police guards during the time, a section of what let to the destruction of the Berlin Wall, and eventually the Velvet Revolution.

One unique story that pertained to the Czech Republic was the story of Jan Palach. On January 19th, 1969 Czech student Jan Palach set himself on fire in protest against the Soviet occupation of his country, and he eventually died from severe burns that day.  The 21 year old doused himself in petrol and set himself on fire in Prague’s Wenceslas Square, which a few of us have frequently visited this week. His act of protest succeeded in inspiring the Czech people to have hope and fight on; it became a catalyst for change. Palach was honored with a Prague square being named after him in his honor, a cross marking the spot where he burned himself, and his ashes are buried in Olsany.

Overall, we had a very exciting and engaging day, and we hope you enjoyed reading about our adventures!